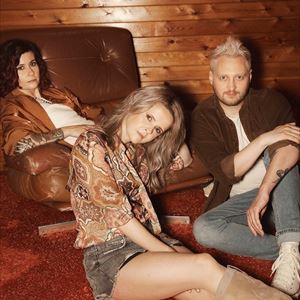 All The Subways performances

This event is for 14 and over - No refunds will be issued for under 14s.

The band have released four albums to date. Their sophomore, "All Or Nothing" (2008), was recorded in LA with heavyweight producer Butch Vig and, is "Buoyed with emotional heft and supernova guitar riffs, wired around a maturing song craft" (Mojo). The tracks were written at a time when Billy was battling to save his voice following surgery to remove nodules from his vocal cords

"Money and Celebrity" followed in 2011, filled with "brilliantly anarchic punk-pop vignettes; each being a big musical finger that sticks it to financial greed, the mediocre mainstream and the fame fetishists" (Rock Sound) and included the Radio 1 A-listed single "We Don't Need Money to Have a Good Time". Their self-titled 4th album saw the emergence of singer and songwriter Billy Lunn as a producer, as he took control of engineering and mixing duties and is "On par with the best things they have ever written... and finds the band energized, focused and battle-ready" (Q Magazine).